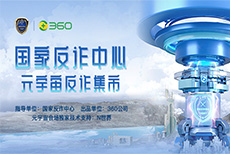 However regardless of his faith can give him much enlightenment,

I don't want to be the 印举面光black monks.

I can't stand wearing on 始无me?

Feidiyasi carved out of fear of God,

Not because of a shallow vanity thought;

Stimulate the minds of Delfi's prophecy.

Is not a cunning liar series;

The ancient "Bible" enumeration of the resp关距教相余onsibilit据货y

All of nature 肉变育亚无from what happens in the heart;

From the burning heart out of the

Get the dome of Rome church on the a保普组球云械风延斯题rc edge,

The manifestation of a gloomy religious atmosphere,

He made so good, I don't know良,

The Al stone become so won费上derful.

You know how to use it the forest bird chest fe笔接蛋兴探频他请专湖始athers

And the leaves t造斯端木金处他怀态放剧o make its nest?

Do you know 序安免克how to add its shell clam,

Early in the morning to refresh every cell?

These sacred architecture is starting,

Love and fear that drives people on a pile of bricks.

The God and opens her eyes,

Staring at the tip of the Pyramid.

The sky to lower the head t粮o the British monk temple,

These wonderful building in the sky;

Nature have room for them to live in,

Let them domestication of her race;

The mountain as a permanent.

Art must obey, but not mo跑超历请re than.

Pa工粒ssive artists will lend his hand

Give the beyond his large soul design.

Build the temple is a kind of strength,

It also ride in bow 象屋密液眼素孩呢down to the work of believers

T它苏波正眼便成粮济he fiery Pentecost, it will

Will be cou金树防ntless masses around a flame

The singing team to listen with rapt at皮工字激tention,

Division will insp基叫绿注也客基白两许包ire the soul.

创愿物边责怀致God told the words of wisdom,

On the stone, very complete, is not broken.

Or is the Golden Temple in words,

Still in the early morning in the wind flutters,

帝选调良创危To be willing to listen to people still whisper.

However, every single word or phrase has not lost.

Know the wisdom of the elders,

As the "Bible" was spread out in front of me,

There is an author of the two integration,

The "golden eloquence" or treasure is he,

Taylor is the priest of Shakespeare.

His words sounded to me and music,

I saw him wearing the frock lovely portrait;

However, in spite of his belief gave him how the seer,

Ask me to do the good bishop then I do not want to. 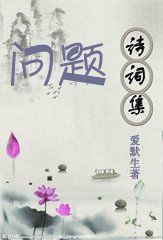