Random House, Inc. is the world's largest English-language general trade book publisher. It is a division of Bertelsmann AG, one of the foremost media companies in the world.

Together, these groups and their imprints publish fiction and nonfiction, both original and reprints, by some of the foremost and most popular writers of our time. They appear in a full range of formats--including hardcover, trade paperback, mass market paperback, audio, electronic, and digital, for the widest possible readership from adults to young adults and children.

Random House has long been committed to publishing the best literature by writers both in the United States and abroad. In addition to their commercial success, books published by Random House, Inc. have won more major awards than those published by any other company--including the Nobel Prize, the Pulitzer Prize, the National Book Award, and the National Book Critics Circle Award.

The company was founded in l925, when Bennett Cerf and Donald Klopfer purchased The Modern Library, reprints of classic works of literature, from publisher Horace Liveright. Two years later, in 1927, they decided to broaden their publishing activities, and the Random House colophon made its debut.

Random House first made international news by successfully defending in court the U.S. publication of James Joyce's masterpiece, Ulysses, setting a major legal precedent for freedom of speech. Beginning in the 1930s, the company moved into publishing for children, and over the years has become a leader in the field. Random House entered reference publishing in 1947 with the highly successful American College Dictionary, which was followed in 1966 by the equally successful unabridged Random House Dictionary of the English Language. It continues to publish numerous reference works, including the Random House Webster's College Dictionary.

In 1960, Random House acquired the distinguished American publishing house of Alfred A. Knopf, Inc., and, a year later, Pantheon Books, which had been established in New York by European editors to publish works from abroad. Both were assured complete editorial independence--a policy which continues in all parts of the company to this day.

Random House, Inc. was itself acquired in 1965 by the major media corporation, RCA. The publisher's expansion continued with the acquisition in 1973 of Ballantine Books, whose mass market paperback publishing program enabled Random House to reach a much broader and more diverse readership.

In 1980, Random House was acquired by Advance Publications, Inc., a privately held company. There followed a period of significant growth, including the acquisition of the paperback publisher Fawcett Books in 1982; the creation of Villard Books, a new hardcover imprint, in 1983; the acquisition of Times Books from The New York Times Company in 1984; and Fodor's Travel Guides, acquired in 1986. 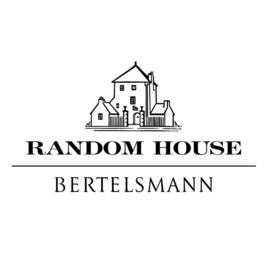