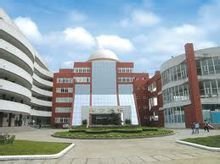 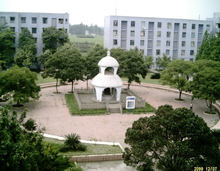 Located in Puzhaosi, southern suburbs of Pengzhou city, the school covers an area of more than 220 mu with a reasonable layout. Today, Pengzhou High School has 61 senior classes and about 4000 enrolled students, with 262 faculty members, of whom 67 teachers have been granted senior titles for their great contribution and 58 teachers are masters.

Geared by the educational concept "Harmonious personality education for individuals ", the school has been trying to achieve its goal "overall development; all-round education; run characteristics", and eventually formed the school motto " to be truthful while talented, to be pragmatic while innovative". "Diligence, Strictness, Liveliness, and Initiation "has been granted as the motto for the students' style of studies and lives, and all the staff have always persistently adhered to the student-centered educational policy, "Truthfulness, Devotion, Love and Contribution".

In the long-term practice of running this school, the school has formed its unique features "Comprehensive management ----- to build a Chinese famous school; Well-known teacher project ------ to make educational experts; Subject contests ----- to train world champion". Over the past 100 years, more than 40,000 personnel of various types have grown out of this school , among whom there are outstanding representatives, such as He Bingyi , Yangda and six other revolutionary pioneers who devoted their lives to the People's Liberation Cause during the democratic revolution period; model students like Cao wenxuan and Li jijun , members of Chinese Academy of science, studied energetically in order to serve the motherland during the early period after the foundation of the People's Republic of China ; the representatives of the promising students since reform and opening up like He Hongyu and Wanxin who won the gold medals in the International Mathematical Olympiad and Wu Xiaolei who was selected as a member of the Chinese Men's volleyball Team . 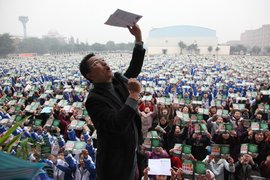