Chapter 1 The Constitutionalization of Criminal Procedure

Chapter 6 The Exclusionary Rules and Their Application

prior to conviction finality

Starting with U.S.v. Johnson (1982), a series of cases overturned Linkletter as to proceedings that had not yet reached the point where a conviction became final. Johnson held that full retroactivity was required prior to the point of conviction finality as to new Fourth Amendment rulings. Sheav.La (1985) held that this requirement was not limited to Fourth Amendment rulings, and Griffith v.

Ky: (1987) held that it applied even where the new ruling constituted a "clear break" from past precedent. For the purpose of this line of cases, a conviction did not become final until "the availability of appeal [was] exhausted and the time for a petition for certiorari [to the Supreme Court] elapsed or a petition was denied." Thus, a new ruling was now given retroactive effect (1) to all

cases that came to trial after the date of the new ruling even if the operative event had occurred beforehand, and (2) to prior adjudications that had

resulted in a conviction where the opportunity for direct appellate review (through to petition for certiorari) was still available.

The Johnson line of cases offered several reasons for rejecting the Linkletter analysis insofar as it applied to cases not yet final. To fail to apply a newly adopted rule to a prosecution that had not yet come to trial or was still pending upon direct appellate review would be contrary to "basic norms of constitutional adjudication." It undermines the integrity of judicial review to "simply fish * * * one case from the stream of appellate review, using it as a vehicle for pronouncing new constitutional standards, and then permitting a stream of similar

cases subsequently to flow by unaffected by the new rule." So too, such selective application of the new rule was said to violate "the principle of treating similarly situated defendants the same." As earlier critics had noted, giving the benefit of the new rule to the defendant whose case constituted the vehicle for announcing the rule and denying it to others whose cases were at the same stage

could result in "different standards for the protection of constitutional rights * * * [being] applied to two defendants simultaneously tried in the same courthouse for similar offenses." Dissenters maintained that the lihe the majority was drawing, between final and non-final cases, was equally based on the fortuity of timing and produced an inequality in the treatment of like cases as great as

that which arose under the Linkletter approach.The Court majority, however, found a greater sense of consistency provided where the distinction was tied to an appellate court&apos;s responsibility "to resolve all cases before us on direct review in light of our best understanding of governing constitutional principle." 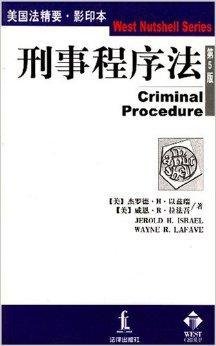