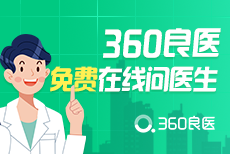 “It's easy to wake up and spend a day in New York and not notice the wonder of it all. The city offers up daily mysteries and curiosities, yet most of us are so involved in our own neighborhood-centric routines and work-and-love intrigues that what goes on outside our immediate purview is a blur. Which is why God created newspaper feature writers, who venture out to mine the magic in the seemingly mundane.

Two new collections by reporters for The New York Times, Dan Barry and Joseph Berger, showcase the poignant and inspiring, funny and heartbreaking stories of everyday life in the five boroughs. Both writers grew up in the New York area and retain affectionate memories dating back more than four decades. These homegrown boys are on a personal my-kind-of-town quest as they search for tales to illustrate how the city and its people are changing. Collections of newspaper clips risk appearing like retreads from the recycling bin, yet these volumes hold up.

Barry wrote the weekly About New York column from 2003 to 2006, working in this deadline-driven format as a miniaturist. Whether describing a Queens College receptionist's quietly heroic decision to donate a kidney to a friend, recording the split-second actions of a Brooklyn neighbor who caught a baby girl thrown by her mother from a burning building, or writing about a Guyanese immigrant, 38, bold enough to take on a gifted Yale student in a $1.3 million poker championship, Barry uses lyrical language to illuminate life-changing choices. Like an old-time radio announcer conjuring up a field of green in describing the play-by-play of a baseball game, Barry conveys a you-are-there feeling in ''City Lights.'' He is so graceful a stylist that he can make even a cold-weather story -- a night when the temperature dropped to 1 degree -- worth reading (with pleasure) three years later.

Barry, who artfully chronicled his Long Island upbringing in his 2004 memoir, ''Pull Me Up,'' writes elegiac depictions of vanishing New York institutions, from the fragrant Fulton Fish Market (''It smells of truck exhaust and fish guts'') to that 28-flavor wholesome outpost in Midtown, Howard Johnson's (''an orange-and-blue stitch in the crazed Times Square quilt''). His wordplay frequently provokes a smile. In a rainy-day reverie about that most common of New York phenomena, umbrella hawkers, Barry writes: ''Umbrella. Say it fast, as one peddler did in Times Square -- umbrella-umbrella-umbrella -- and there's music playing. Say it soft, as another peddler did at Herald Square -- ummm-brell-laa -- and it's almost like praying. Umbrella. Umbrella. Will we ever stop saying umbrella?''

A collection like this is better sipped than consumed quickly in one sitting: too many clever leads and carefully constructed codas become overwhelming. Perhaps his publisher felt a historical obligation to include Barry's pieces written about 9/11, but these columns seem jarring, and dated. What shines instead are Barry's quirky efforts to track down such urban mysteries as what happens to those bundles of Christmas trees left on the sidewalk; or his celebrations of city characters like Stan Burns, magical ventriloquist; or my personal favorite, an elaborate musing out loud by a man -- presumably Barry, who wrote in his memoir about being successfully treated for cancer in his trachea -- on what he sees and feels on a seemingly ordinary day as he crosses Manhattan to go to the hospital.

In ''The World in a City,'' Berger has taken on a more ambitious project, transforming and expanding his Times articles about how immigration is changing New York neighborhoods. The child of Holocaust survivors, Berger, who was born in the Soviet Union, moved at 5 with his parents to the Upper West Side and then the Bronx. His father eked out a living in a factory job, and his mother trimmed hats at home. As Berger roams the city, he uses his parents' experience as an emotional framework to report on how today's immigrants cope with the timeless difficulties of displacement.

His chapters are structured around neighborhoods, with primers on the new inhabitants of areas like Astoria, Ditmas Park, Flushing, Rego Park, Bensonhurst, East Harlem and the Grand Concourse. Berger's descriptions of the adaptations of these newcomers serve as inspiration for even the most cynical New Yorkers. He details how Russian immigrants have come to dominate ballroom dancing throughout the city, buying up Fred Astaire dance studios, and explains why so many of the nurses in New York hospitals are Filipino. Schmoozing with the local residents, boning up on census data, eating his way through the city (with recommendations that include a bakery in Forest Hills called Beautiful Bukhara and a joint specializing in Ghanaian dishes, the African American Restaurant in the Bronx), Berger takes on the role of informed tour guide. In deference to his father's 90-minute commute to Newark, he tags along with Intesar Museitef, a divorced mother who was born in Ramallah on the West Bank, on her two-hour trip from Bedford Park to work as a health care aide in Jamaica. He also examines the sadder-eyed sides of the immigrant experience, writing about wife beating among Bukharan Jews in Rego Park and the dilemma of young Afghan women in Flushing struggling with the tradition of arranged marriage.

Berger is a rambling and discursive writer, and his effort to graft new reporting onto previously published articles is labored. In trying to cover so much territory, he at times gives bizarrely short shrift to characters about whom you're eager to know more. Dylcia Pagán, a Puerto Rican nationalist who had spent 19 years in prison for a bombing plot and was looking to buy a brownstone in East Harlem, gets one brief paragraph.

Bookstores do not categorize their stock by daytime/nighttime reading. But if they did, ''City Lights'' would be filed in the bedside department -- beguiling words to dream by -- while ''The World in a City'' would belong in a special Saturday morning slot, a travel cornucopia to prompt stick-in-the-mud New Yorkers to explore outlying neighborhoods.” ―NY Times

Dan Barry wrote the weekly column "About New York" for The New York Times from June 2003 to November 2006, and now writes a national column for the Times called "This Land." He was a nominated finalist for the 2006 Pulitzer Prize for Feature Writing for his coverage of New Orleans following Hurricane Katrina and for his coverage of life in New York City, and shared the 1994 Pulitzer for Investigative Reporting while working at the Providence Journal. He is also the author of a memoir, Pull Me Up. Born in New York and raised on Long Island, he lives with his family in Maplewood, New Jersey. 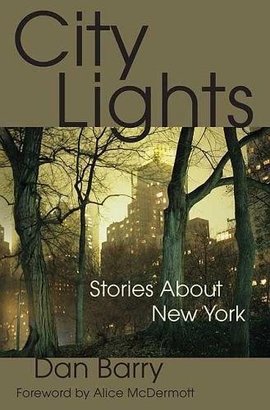